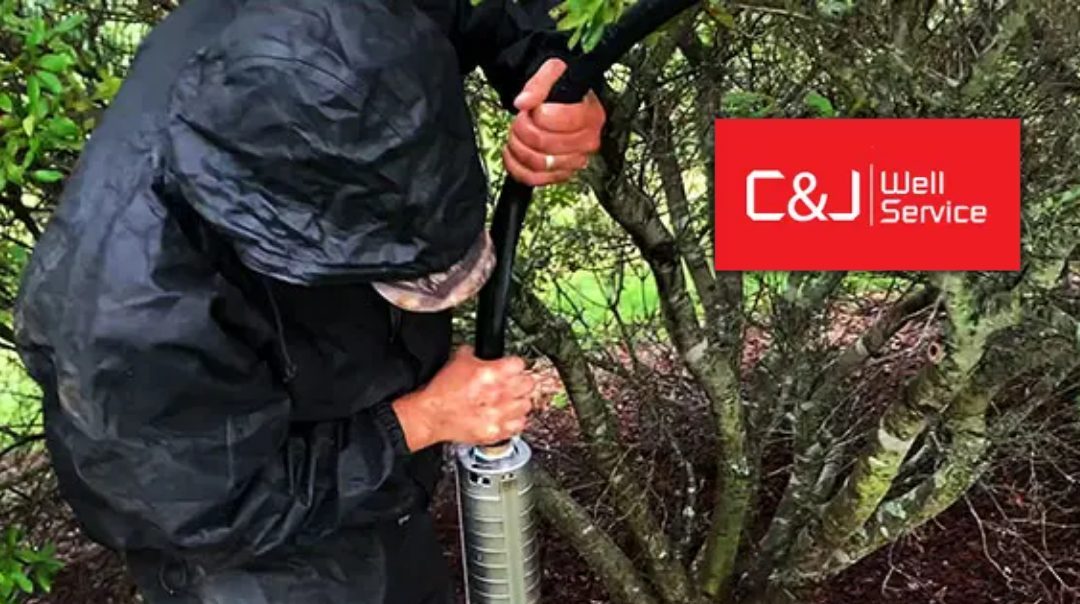 Make the Most of Your Private Well Water

If you are an Indiana homeowner with a private water well, you might have wondered how the water gets into the well and where it comes from. According to National Groundwater Association, 47% of the U.S. population depends on groundwater for its drinking water supply. Of that 47%, many get their water from a private well. If you have a private well or you are new to well water, or you are interested in learning about treating well water, you might also want to know how groundwater and water wells work.

Groundwater is the water that soaks into the soil from rain or other precipitation and moves downward to fill cracks and other openings in beds of rocks and sand. It’s a renewable resource, although renewal rates vary greatly according to environmental conditions. It also is an abundant natural resource. Of all the fresh water in the world (excluding polar ice caps), 95% is groundwater. Surface water (lakes and rivers) only makes up three percent of our freshwater. Scientists estimate U.S. groundwater reserves to be at least 33,000 trillion gallons equal to the amount discharged into the Gulf of Mexico by the Mississippi River in the past 200 years.

Some water evaporates from the earth’s surface into the air or is breathed out by vegetation and returns to the earth’s atmosphere. Some water runs off into streams, lakes, or oceans. Some filters into the ground. There, it can flow to the surface as springs, moves into surface water, or recharges groundwater deeper in the earth. Groundwater can move into large underground natural storage areas known as aquifers and/or artesian wells. As groundwater moves through the ground, it dissolves some of the minerals that it comes in contact with such as limestone, iron, and other minerals. Those dissolved minerals give groundwater its chemical character or quality.

How Does Water Get into a Well?

When rain falls, much of it is absorbed into the ground. Water that’s not used by plants moves downward through pores and spaces in the rock until it reaches a dense layer of rock. The water trapped below the ground in the pores and spaces above the dense rock barrier is called groundwater, and this is the water we get when we drill wells. Another common term for groundwater is “aquifer” or “groundwater aquifer.” Groundwater is held within the interconnected openings of saturated rock, soil, or deeper unconsolidated formations, much the same way water is held in a sponge.  Although groundwater is often thought of as an underground river or lake or described as a vein, it does not occur this way except in caves (which are rare) or lava flows (not found in Indiana). Well water is a private water source taken directly from the earth. To create a private well, a hole is drilled into the ground down to the aquifer. The word literally means ‘water bearer’ and refers to a layer of rock or sediment that contains enough accessible water to be of interest to humans. Water in an aquifer is stored between the grains of rock. The geological material in an aquifer can be either consolidated rock (such as sandstone) or unconsolidated (such as sand and gravel). Unconsolidated aquifers are the most common type used for wells in Indiana.

Often referred to as bedrock, these formations consist of rock and mineral particles of different sizes and shapes that have been welded together by heat and pressure or cemented by chemical reactions into a rock mass.  The consolidated formations encountered by water private well drillers in Indiana are sedimentary rocks, including sandstone, siltstone, shale, limestone and dolomite, and coal.  Water flows through these rocks in cracks and fractures.  In some sandstones, water can move through pore spaces.

Geologic materials or deposits, such as soil, sand, gravel, and clay, overlying bedrock.  These are derived from the disintegration of rock.  Unconsolidated formations may originate from the underlying bedrock, as do many of the soils in southern Indiana.  Other unconsolidated deposits have been transported to their present locations by streams, wind, glaciers, gravity, or a combination of these—glacial outwash, for example.

In Indiana, these geological formations result in two basic types of aquifers—confined and unconfined.

A confined aquifer is an aquifer below the land surface that is saturated with water. Layers of impermeable material are both above and below the aquifer, causing it to be under pressure so that when the aquifer is penetrated by a well, the water will rise above the top of the aquifer.

Where Does Well Water Come From in Central Indiana?

This is a great question, and the answer varies based on where you live. Safe and abundant drinking water is one of Indiana’s most valuable resources. More than 60% of the state’s drinking water comes from groundwater and about half of this total comes from private wells. Overall, the quality of groundwater used for drinking in Indiana is very good and the vast majority of our residents have access to safe water. In the central portion of the state, ground-water conditions range from fair to good. Well yields from 100 to 600 GPM (gallons per minute) are typical for many large-diameter private water wells. Both outwash sand and gravel, limestone, and dolomite bedrock aquifers are tapped to meet the needs of the users of large volumes of water. Major ground-water sources are present in the valleys of the West Fork of the White, Whitewater, Eel, and Wabash Rivers, and in portions of the valleys of Eagle, Fall, and Brandywine Creeks and the Blue River. Bedrock aquifers in the Silurian-Devonian limestone sequence are also frequently utilized, and wells in these deposits are capable of yielding from 100 to 600 gpm. Locally, thicker inter-till sand and gravel aquifers are present that are capable of meeting small municipal and industrial needs. These sources are normally capable of yielding up to 300 gpm.

Hamilton County has been the second-most populous county in Central Indiana and contains Arcadia, Carmel, Cicero, Fishers, Noblesville, Sheridan, and Westfield. The unconsolidated aquifer systems of Hamilton County are composed of sediments deposited by, or resulting from, a complex sequence of glaciers, glacial meltwaters, and post-glacial precipitation events. Six unconsolidated aquifer systems have been mapped in Hamilton County—the Till Veneer; the New Castle / Tipton Till, the New Castle / Tipton Till Subsystem, the New Castle / Tipton Complex, the White River and Tributaries Outwash, and the White River and Tributaries Outwash Subsystem. Approximately 75% of all private wells in this county are completed in unconsolidated deposits. The remaining 25% are in two bedrock systems—the New Albany Shale of Devonian and Mississippian age, and the Silurian and Devonian Carbonates.

Hendricks County is currently the second-fastest-growing county in Indiana and 85th in the nation and contains Avon, Brownsburg, Clayton, Coatesville, Danville, Lizton, North Salem, and Pittsboro, and Plainfield. Six unconsolidated aquifer systems have been mapped in Hendricks County—the Till Veneer, the Tipton Till, the Tipton Till Subsystem, the Tipton Complex, the White River, and Tributaries Outwash, and the White River and Tributaries Outwash Subsystem. Approximately 64% of all wells in this county are completed in unconsolidated deposits. Two bedrock aquifer systems are identified within Hendricks County. They are the Borden Group of Mississippian age and the New Albany Shale of Devonian and Mississippian age.

Bargersville, Edinburgh, Franklin, Greenwood, Trafalgar, and Whiteland are all in Johnson County. Six unconsolidated aquifer systems have been mapped in Johnson County—the Till Veneer / Dissected Till and Residuum, the New Castle Till, the New Castle Till Subsystem; the New Castle Complex, the White River and Tributaries Outwash; and the White River and Tributaries Outwash Subsystem. Three bedrock aquifer systems are identified for Johnson County. They are the Borden Group of Mississippian age,  the New Albany Shale of Devonian and Mississippian age, and Silurian and Devonian Carbonates.

Many areas of the southern part of the state are particularly lacking in groundwater, and only limited amounts, generally less than 10 GPM, are available to properly constructed wells. In these areas, the major sources of groundwater are present in the sand and gravel deposits of the stream valley aquifers. These sand and gravel aquifers are extensively tapped by a number of municipalities, rural water systems, and irrigation users. Constructing a bucket well is usually a good option for homeowners in Southern Indiana.

Wherever you live in Indiana, rest assured that C&J Well Co. has over 25 years of drilling, servicing, and treating well water in Central Indiana. Our licensed well drillers and pump installers can meet your water needs—large or small!

Learn more about our financing options!