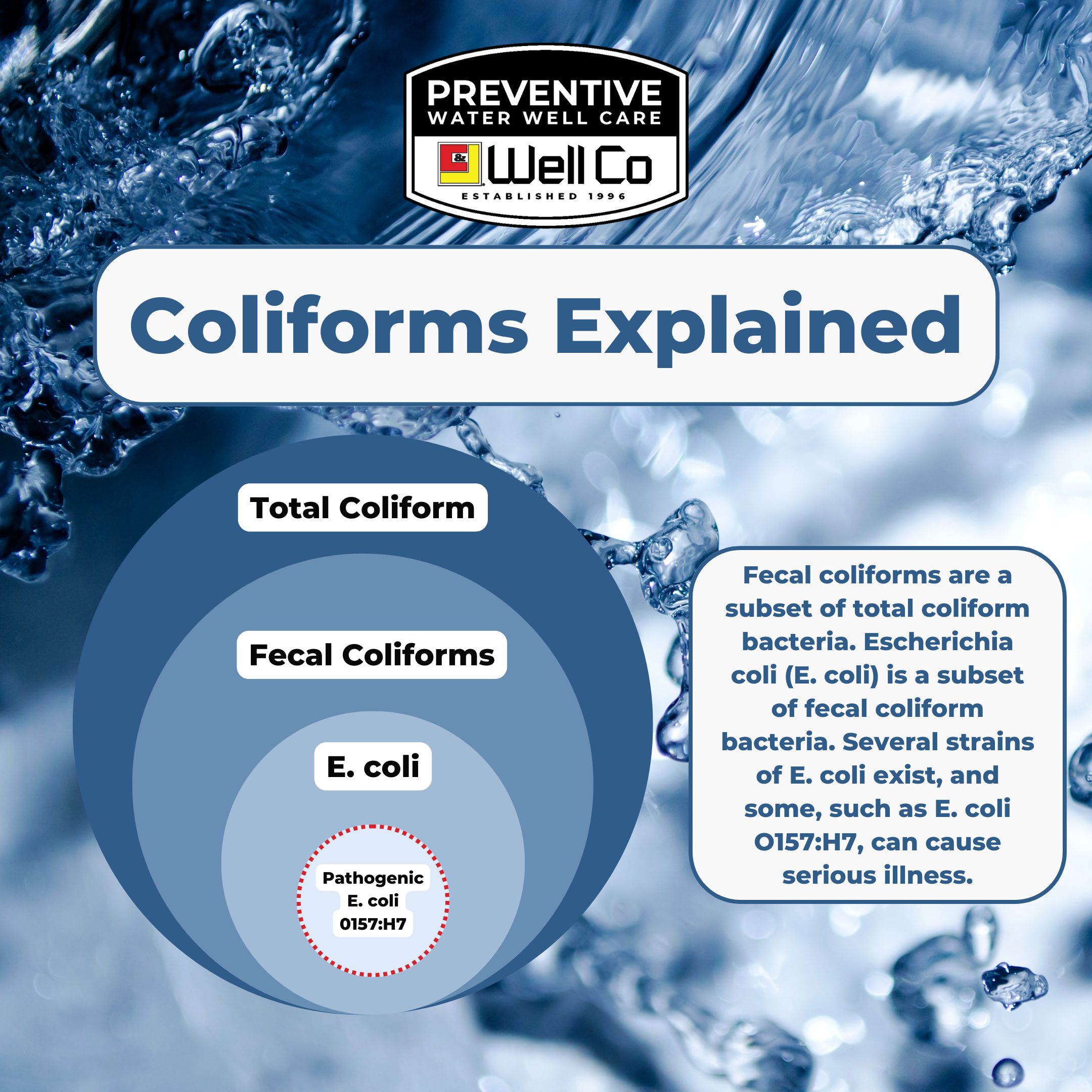 Bacteria are tiny single-celled organisms found everywhere in the environment, including in water. The first bacteria were likely discovered in 1674 by Antonie van Leeuwenhoek, a Dutch microscopist. He observed bacteria in the saliva of a human mouth and water from a dirty pond. In the 19th century, scientists realized that bacteria could cause disease. In 1883, German physician Robert Koch discovered that bacteria could cause anthrax, and Koch’s discovery led to the development of the science of bacteriology. Today, bacteria are studied by microbiologists, and they are used in various fields, including medicine, agriculture, and biotechnology.

If there is bacterial contamination in your family’s water source, you will certainly need to be informed about how to remove and prevent it in the future. This article will outline the dangers of waterborne bacteria, when to test for it, and what to do when you find it in your water.

What Are the Dangers of Waterborne Bacteria?

Bacteria play a vital role in the recycling of nutrients and the decomposition of organic matter. Some bacteria are beneficial to humans, while others can cause disease. Waterborne diseases are illnesses caused by microscopic organisms, like viruses and bacteria, that are ingested through contaminated water or by coming in contact with feces. According to Lifewater International, the seven most common waterborne diseases are typhoid fever, cholera, giardia, dysentery, E. coli, and hepatitis A. While you might not encounter some of these in Central Indiana, E. coli and giardia are very common.

E. coli is a coliform bacteria commonly found in humans’ and animals’ guts. While most strains of E. coli are harmless, some can cause serious illness, including bloody diarrhea and kidney failure. E. coli infections are typically spread through contaminated food or water or contact with someone ill. Signs and symptoms of E. coli infection usually begin three or four days after exposure to the bacteria, and you may become ill as soon as one day after exposure to more than a week later. Symptoms include diarrhea, stomach cramping, pain or tenderness, nausea, and vomiting.

Giardia is a protozoan parasite that can cause severe diarrhea in humans, and it is usually spread through contaminated water and can be difficult to treat. Symptoms of giardiasis include severe diarrhea, abdominal cramps, bloating, and weight loss. Giardia is often shared through contaminated water in ponds and streams, but it can also be found in a town’s water supply, swimming pools, and more.

When Should You Test for Bacteria in Your Water?

There is no definitive answer to this question as it depends on several factors, including the type of water supply you have (e.g., private well, public water system), the potential sources of contamination in your area, and your risk factors. Waterborne germs can live and grow in our pipes, and we use devices that require water, like humidifiers. Some of these germs can be harmful and cause people to become ill.

Germs like to live and grow in water when it is stagnant (not flowing) or when it is not treated with enough disinfectant, like chlorine. It is important to know where tap water comes from and how to safely use it for purposes other than drinking.

Thanks to the international media coverage of the water crisis in Flint, Michigan, the residents of towns and cities are beginning to realize that the need for regular water sampling is not limited to rural areas. While, in decades past, many people assumed that the laws and regulations typically in place to ensure the safety of urban or city water supplies would protect them from contamination threats, today we know that the system is highly fallible. A simple change—in Flint’s case switching water sources from Lake Huron to the local Flint River—can cause massive problems. And these problems often go undetected until it’s too late.

As the situation in Flint demonstrates, water treatment and processing is not a perfect science; the condition of the water entering city water treatment plants can greatly impact the quality of the water flowing into residences. There are many ways that bacteria can enter city water supplies. One common way is through sewage contamination. Sewage entering the water supply can introduce harmful bacteria that can cause serious illness. Another way bacteria can enter the water is through runoff from animal farms or other animal waste sources. Animal waste can contain harmful bacteria contaminating the water supply and making people sick.

The presence of bacteria in city water supplies is not necessarily a cause for concern. Many water treatment plants rely on bacteria to help remove impurities from the water. However, bacteria can multiply and contaminate the supply if water is not properly treated, and this can lead to potentially harmful consequences for the people who consume the water.

It is not practical to test water for every disease-causing microorganism, but it is easy to test for a group of indicator bacteria called total coliform bacteria. These bacteria are good indicators of sanitary protection of the well and water system because they are everywhere on the surface of the ground but do not usually occur past a few feet into the soil. If they appear in a water test, they can indicate that surface contamination has gotten into the water and that disease-causing microorganisms may be present.

Coliform bacteria are commonly found in soils, surface water, and plants. They can also be present as fecal coliform in the intestines of warm-blooded animals and humans. Most coliform bacteria enter streams by directly depositing fecal waste in the water and runoff from areas with high animal concentrations. Surface water runoff can transport bacteria from agricultural fields, improperly maintained wastewater systems and places where wildlife concentrate, such as bird-roosting areas. When a well is properly constructed and maintained, the water that falls to the surface as precipitation infiltrates into the ground takes quite some time (months, years, decades) to move through sediment and rock to become groundwater. During this process, bacteria and other microorganisms die off, which is why deeper groundwater is often used rather than surface or near-surface water.

At a minimum, drinking water should be tested yearly for total coliform bacteria, nitrates, lead, total dissolved solids, and pH levels. The best times of the year to test water are when it is most likely to be unsafe, usually following a period of heavy rain. Coliform bacteria thrive in warm temperatures, so bacterial abundance is usually highest during warmer, wetter conditions. Bacteria presence may vary throughout the year based on the temperature and weather of the region, and these variations should be considered when testing well water supplies for bacterial contamination.

What Should You Do When You Find Bacteria in Your Water?

Testing by a laboratory is the best way to know if the water contains coliform bacteria. It may be difficult to detect bacterial contamination in well water because water contaminated with bacteria will pass a “sniff test.” It will have a normal smell, taste, and appearance, despite being harmful to drink. The water may be contaminated if a family member or visiting guest has recently become ill after drinking from a private well source.

The most common water tests for bacteria are for total coliform bacteria and E. coli. Under the Safe Drinking Water Act, the EPA regulates public water utilities and sets standards for drinking water quality. While private well owners are not required to follow the Safe Drinking Water Act guidelines, the acceptable contaminant levels established by this Act can assist well users in evaluating well water quality for their home systems. A general report will indicate whether coliform bacteria are present in the water. This information is conveyed on the lab test form as coliform bacteria being “ABSENT” or “PRESENT.”

If a water sample tests positive for total coliform but negative for fecal coliform or E. coli, an immediate health concern may not be present, but further investigation should be done. If the water tests positive for total coliforms, the water should not be consumed. Use bottled water for drinking and cooking until coliform presence is confirmed by a second test. If bottled water is unavailable, boil water following recommendations from the Water Systems Council.

Also, Ultraviolet (UV) light effectively treats bacterial contamination in water systems. Unlike chlorination, UV radiation treatment can be fast without adding anything to the water or causing additional taste or odor. Water is exposed through UV radiation as it flows over a glass sleeve encasing a UV light bulb, and the UV light disrupts the bacteria’s DNA and prevents them from replicating.

Bacteria in your home’s water can be a serious problem, and you’ll need to stay vigilant. Regular well water testing from an independent laboratory is a crucial first step. If you have questions about bacteria in your water or need more information about bacteria mitigation, contact C&J Well Co. today!