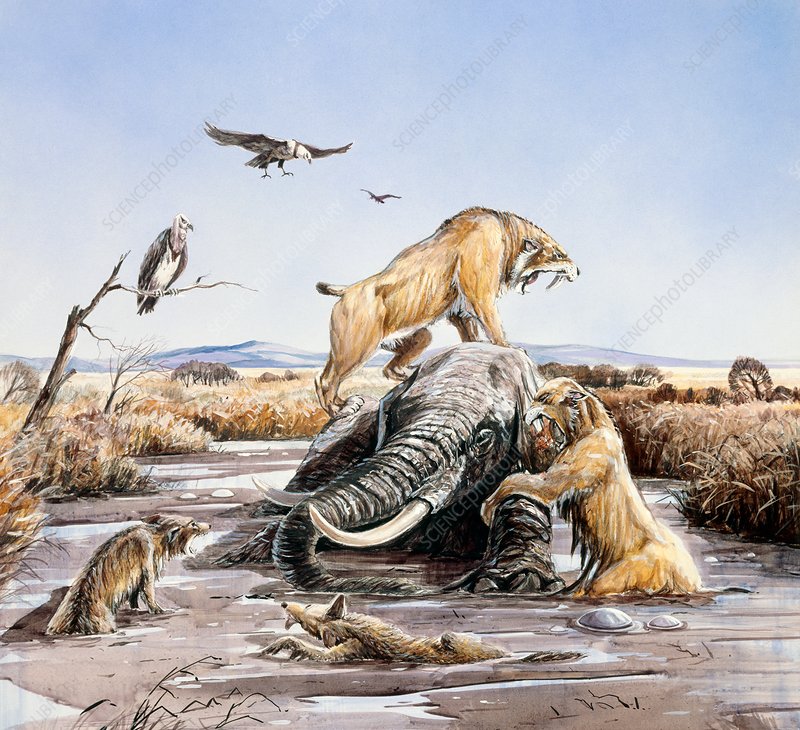 If you ever plan a vacation to California, one destination that might be on your agenda is the Le Brea Tar Pits. Hancock Park is in the heart of Los Angeles, where you’ll find a group of pools and mounds of asphalt oozing out of the ground. These formations are the result of oil seeping from underneath the nearby Salt Lake Oil Field. Tar pits can also be found all over the world in places such as Canada, South America, Europe, and the Middle East. Unquestionably, the Le Brea Tar Pits capture our curiosity, particularly because they are in the middle of the second-largest city in the U.S. Hundreds of years before Hollywood and Rodeo Drive, the Native American Chumash and Tongva people of what is now Southern California used the asphalt to seal cracks in their canoes and pitch the roofs of their houses. Even Spanish explorers took notice of these practices and began using the tar to caulk their sailing vessels.

Since 1913, they have been excavated, revealing the fossilized bones of mammoths, saber-toothed cats, bison, dire wolves, and many other animals. Surprisingly, these tar pits have more predator skeletons than prey-animal remains. One theory behind this states that as a large prey animal became stuck and died, it attracted many other packs of predators that soon became trapped, as well. As the fossilized remains in the Le Brea Tar Pits will testify, being stuck in something can be annoying at best, and tragic at worst.

C&J Well Co. deals with the “stuck” all the time. Occasionally, when we service a well, the well pump is stuck inside the casing. Well pumps get stuck when the iron in the water oxidizes, forming rust. Over the years, this rust builds up in your well casing and doesn’t allow enough room for your pump to be removed and serviced. Although C&J has all the equipment and procedures to pull your pump out and complete the service, this extra process can be expensive and time consuming. The best solution is to prevent it from ever happening in the first place.

What are the preventive measures you should take? The primary, and most important step is a well cleaning every ten years. During a well cleaning, we remove your submersible pump out of the well, lower a high-output air line into the well, and airlift years of built-up sediment and gunk through the top of the well. This freshens up your old well and redevelops the well screen so you get better flow and better quality water. When was the last time you had your well cleaned? If it’s been a while or you can’t remember, now is a perfect time to schedule.